Early research finds evidence that diabetes drug along with another medication may help women with virulent cancer. 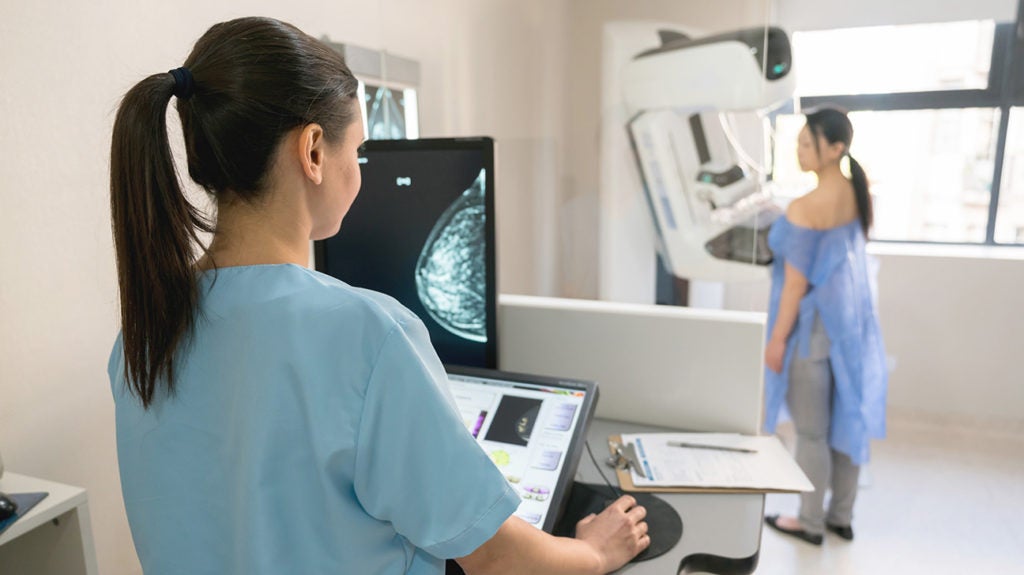 Triple-negative breast cancers (TNBCs) account for roughly 10 to 15 percent of all breast cancers. They disproportionately affect African American and Hispanic women, young women, and women with mutations on the BRCA1 gene.

TNBCs are notoriously aggressive and difficult to treat, due in part to the limited treatment options that exist outside of chemotherapy.

But according to a new study reported in the journal Nature on March 6, two drugs that have been used to treat other diseases for decades might help improve outcomes in people with TNBCs.

Those two drugs are a diabetes medication called metformin and a drug for rare disorders called heme. Researchers want to know, if used together, whether they can provide effective treatment for people with TNBC.

Metformin is the first-line treatment for type 2 diabetes and one of the most commonly prescribed medications in the United States.

In recent studies, it’s also been shown to have anti-cancer effects that may suppress the growth of tumors and induce the death of cancer cells in people taking the medication.

However, some cancer cells are more sensitive to metformin than others.

“Because metformin, a drug used by diabetics, has been associated with decreased cancer risk, there are a number of clinical trials currently ongoing [that are] testing its role in cancer treatment,” Marsha Rosner, PhD, the senior author of the study and a professor in the Ben May Department for Cancer Research at the University of Chicago, told Healthline.

“However, currently there is no marker to predict who might benefit from metformin treatment or who might be resistant,” she said.

That’s where her team’s research findings on another drug, heme, might prove useful.

Heme is marketed under the brand name Panhematin. It’s used to treat porphyrias, a group of rare disorders that can affect the skin or nervous system.

Rosner’s research team used heme to inhibit the production of a protein known as BACH1, which tends to be highly expressed in TNBCs.

Using a bioinformatics approach to study patient data, they found that BACH1 plays an important role in the spread of aggressive TNBCs.

When they used heme to reduce levels of BACH1 in a mouse model of TNBC, they found that tumor cells in mice became more sensitive to metformin.

Mice that were treated with a combination of heme and metformin experienced reduced tumor growth.

“Moreover, it implies that some patients might benefit from pretreatment with our second drug, Panhematin,” she added.

This combination of medications might also suppress tumor growth in other types of cancer where BACH1 is highly expressed, including lung, kidney, uterus, and prostate cancers.

More research is needed to study the potential effects of heme and metformin in combination for TNBCs in human subjects.

But according to Dr. Alice Police, the regional director of breast surgery in Westchester County at Northwell Health Cancer Institute, these initial research findings are promising.

“It’s really amazing and potentially groundbreaking because it’s two medications that people all over the world take all the time,” Police told Healthline.

“So we already know that metformin and Panhematin have excellent safety profiles,” she continued, “and are not as full of side effects as most chemotherapy and some of the harsher immunotherapy drugs.”

But those targeted therapies don’t work for TNBCs.

Instead, most people with TNBCs rely on toxic regimens of chemotherapy.

“So the idea that there’s two medications with a very low toxicity profile that might have an effect on this horrible disease is just wonderful,” she added.

To promote better outcomes in people with TNBCs, Police emphasized the importance of early diagnosis and treatment.

“Like other breast cancers, a small early triple-negative [tumor] is way easier to treat and has a way better prognosis than a big late one,” she said.

“So patients need to get their mammograms,” she said.

The U.S. Preventive Services Task Force (USPSTF) recommends that women between ages 50 and 74 get a mammogram every two years to screen for breast cancer.

In some cases, the organization notes, individuals may choose to start mammography screening at a younger age.

The USPSTF also supports genetic risk assessments in younger women who have a family history of breast, ovarian, tubal, or peritoneal cancers. Some cases of these cancers are linked to mutations in the BRCA1 or BRCA2 gene, the first of which are associated with increased risk of TNBCs.

9 Symptoms That All Cancer Survivors Should Watch For

Preventing Tumor Spread May Not Improve Quality of Life

14 Questions About Your Breast Cancer Diagnosis