The “E! News” anchor says fan support helped fuel her fight against breast cancer. Now she’s using her platform to do the same for others.

The fan response was immediate and supportive.

Two months later, she had a bilateral mastectomy and reconstructive surgery. She also had the support of numerous people around the world helping to fuel her fighting spirit.

“One word that kept coming up in a lot of the comments was ‘strong,’” Rancic told Healthline. “It would be, ‘you’re strong,’ ‘be strong,’ ‘stay strong.’ Whether it was when I was in an MRI or getting a biopsy, or whatever. I would close my eyes and picture that word. I knew it came from the support I was getting from around the world on social media.”

She said that others would share their hardships with her, many of them fighting cancer themselves. It became an exchange, from survivor to survivor.

“Early on, when I first announced I had breast cancer, those comments I got when I was going on social media, seeing that people were writing that they were supporting me and praying for me, all good energy, I can’t tell you how far that went,” Rancic said. “They were incredibly helpful, just the love and support around the world. I really felt this incredible love.”

Of course, love and support also came the “E! News” anchor’s way in the form of her husband, Bill Rancic.

Married since 2007, the Rancics had been trying to get pregnant for years, going through a series of in vitro fertilization (IVF) treatments. It was when her doctor recommended that she get a routine mammogram before starting a third round of IVF that Rancic discovered she had breast cancer.

Bill found himself in a position familiar to many loved ones of those fighting cancer — a combination of partner, caregiver, and moral support system.

It was a role he was very familiar with.

“Unfortunately, I had a good role model in my mom, since I watched her when my dad was battling cancer. When you’re a caregiver, you wear a lot of different hats: you’re the driver, the comedian, and the short order cook,” Bill told Healthline in a joint interview with his wife. “Really, the most important role you can play as a caregiver is to help the other person make decisions based on knowledge versus based on emotion.”

He added, “it’s a very emotional time. The best role you can play as the loved one is to be there and arm them with tools of knowledge and support.”

The role of the caregiver

The role of the caregiver is crucial. It often gets overlooked in the larger conversation about necessary medical care for people with cancer.

Dr. Megan Kruse, an oncologist at Cleveland Clinic, said that caregivers, whether they’re loved ones or romantic partners or supportive friends, are an integral part for not just cancer treatment but also for helping people transition back to normalcy following their cancer battle.

Kruse told Healthline that this role is particularly hard given that many caregivers have to perform the complex juggling act of caring for a loved one while staying on top of their own daily life responsibilities. She said it’s hard to manage your own work and health while helping care for another person while they’re “going through the hardest time in their life.”

“You have to do all of those physical things, from taking medications to drinking water, to making sure food is available. Then there is the whole psychologic aspect of being there and spending time. Figuring out the right things to say,” Kruse said.

“One big question is, ‘how do I provide them support when I haven’t gone through this myself?’ A lot of caregivers are on the positive side, but sometimes the patient needs someone to say ‘this kind of sucks, I wish you weren’t going through this.’ The hardest thing is to find that balance.”

It’s a scenario that millions of people and their families find themselves in. About 1 in every 8 women in the United States will develop invasive breast cancer over the course of her life.

The World Cancer Research Fund International states that there were over 2 million new cases of breast cancer worldwide this year.

“The best ideas come from the heart”

Given how prevalent it is, the push is great to pinpoint new and innovative ways to treat and manage cancer. The Rancics have become a big part of this effort.

Giuliana has used her significant global platform from her years at “E! News” to become a major advocate for cancer awareness.

She and Bill have also recently partnered with Astellas Pharma, a Japanese pharmaceutical company, to be part of the Astellas Oncology C3 Prize, a global contest that aims to develop innovative, nontreatment solutions for cancer care.

This year, contestants pitched their ideas at the Union for International Cancer Control’s 2018 World Cancer Congress on October 3 in Kuala Lumpur, Malaysia.

Bill was there as a judge with the top $50,000 prize going to Ebele Mbanugo of Lagos, Nigeria. She proposed developing a digital audio series featuring area actors that would clearly explain and dispel myths and barriers to breast cancer treatment to people in Nigeria. 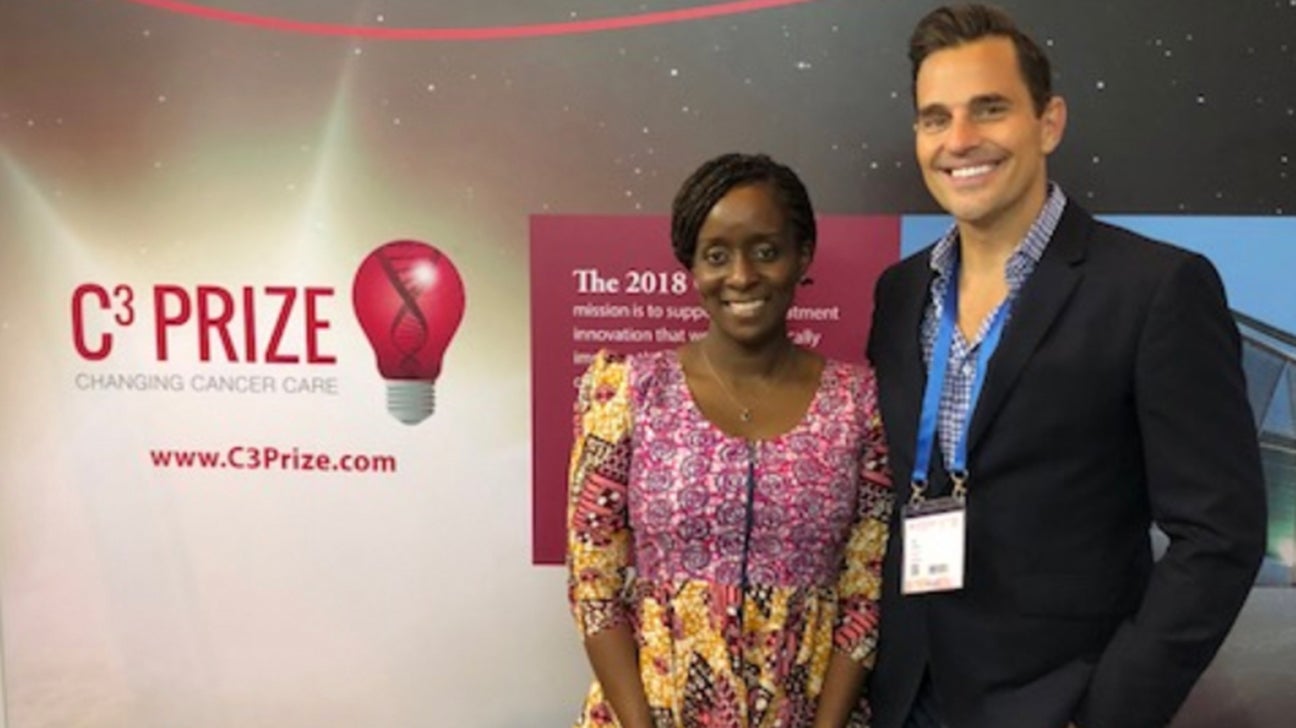 “When I heard about the contest, I knew that I immediately wanted to be a part of it. The submissions really ran the gamut from entrepreneurs to entertainers. It is all about having this conversation about how can we change cancer care through nonmedical solutions,” Bill said.

For Giuliana, supporting this contest and giving a spotlight to new — sometimes unlikely — ideas for cancer care ties in with the large platform on which she stands.

Since she was named anchor of E! network’s flagship “E! News” in 2005, she has built an approachable, relatable brand that’s brought loyal viewers who have followed her through every step of her career.

She’s been the face of E!’s popular red carpet broadcasts and a co-host of “Fashion Police.”

Between the celebrity interviews and entertainment gossip, she and Bill even starred in their own reality show for four seasons.

“Hearing from other women who have gone through breast cancer has been very important to me. Cancer is very individual, there are so many types. It varies from woman to woman. I would hear these stories and it was very helpful to hear what they were going through and to hear the similarities,” she said.

This fan solidarity helped power her through some of the most difficult times.

“I would hear from people about their own hardships and they were responding to what I was going through and I would respond and give them a little bit of love letting them know I was praying for them,” she said. “It was very powerful to see firsthand what prayer does, and for me to reciprocate and do that for them.”

Giuliana returned to work at “E! News” only a couple of weeks after her double mastectomy. Though it was a difficult time for her, she remembers one specific moment when she felt like herself again.

“I looked up in the mirror and for the first time in a long time, I recognized the person staring back at me. Having something as simple as having my hair and makeup done and in an outfit I liked, it brought me back to the person I was before my diagnosis — it was so important for me to move forward,” she said. “I thought ‘I’m not just someone with breast cancer, I have a full life. Look at all the good things in my life, too.’ It was nice to snap out of that for a little bit.”

In 2013, she founded Fab-U-Wish, a charity that grants wishes to women going through breast cancer treatment.

Giuliana said that the C3 Prize relates to this in that others who come up with similar ideas can now have the support to “make women feel better and like themselves again.”

“The best ideas come from the heart and come from a place of need and that is what is so great about this prize,” she said. 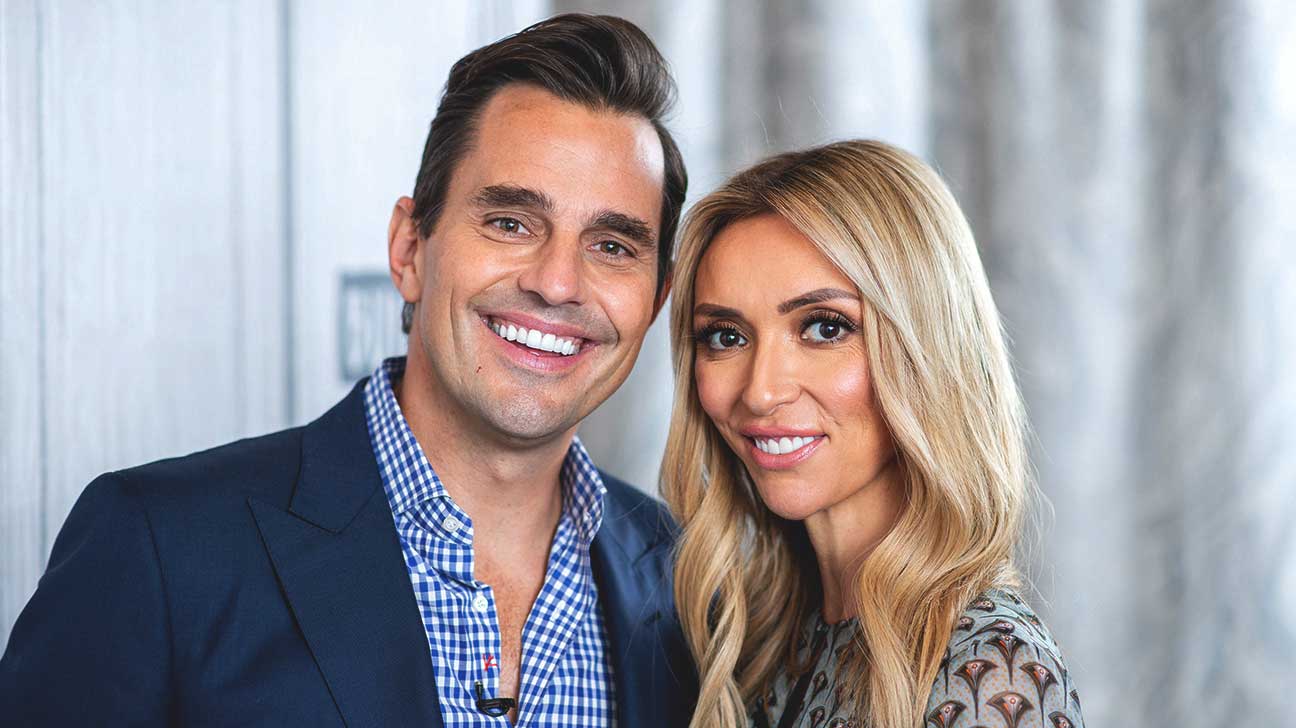 Rancic has been cancer-free for seven years now. After briefly leaving her anchor role at E! in 2015 — though she remained a fixture on the network’s red carpets and hosted specials — she returned to the job that made her famous in September. She said the people at E! are like her family and her transition back was seamless.

Kruse said that for women who are looking to return to work right after breast cancer treatment, easing back to normalcy is easier said than done.

“It’s a huge journey. It isn’t over when you finish your chemotherapy and whatever treatment you are being given. A lot of patients do well and then go back to their lives outside the cancer treatment,” Kruse said.

“From the standpoint of social situations, getting back into their regular lives can be challenging. Look, once you have cancer, cancer is always on your mind. When you are living with it, every ache and pain, every challenge you face in life, cancer plays a role.”

For many, it can be difficult to suddenly move on from those struggles that had become a defining part of their life, sometimes for several years.

“It’s really a big transition and getting comfortable with it doesn’t happen naturally,” Kruse added. “You can’t just go back to your old self, you are changed by this process even if it’s not visible to others. It really does impact the way you view the world and your whole life. There is a period of acclimation to get back to your everyday life.”

What does Rancic tell others who ask her for advice?

She tells them to make sure they come to their doctors prepared with questions.

“My friend was recently diagnosed and I told her to bring a legal pad with questions that you want answered. I remember sitting there are the doctor’s office and thinking all these questions. Sometimes your mind goes blank, the doctor is telling you so much information and then when it’s your turn to speak, you don’t know what to say,” she explained. “Knowledge is power and that’s really important.”

How is Rancic today?

“I’m great. Knock on wood — hold on, I’m looking for some wood to knock on right this second!” she joked. “I go to my doctors’ appointments, I stay on top of them. The good news is everything is great and I’m healthy, but I don’t take that for granted.”

She and her husband were eventually able to add to their family when their son was born in 2012 through a gestational carrier.

Today, she’s trying to live her best life and helping others do the same while enjoying every moment she can with her family.

“It’s incredible, it’s just really those first five years of you constantly looking over your shoulder — you never know what news you’ll get,” she said. “Now I’m going into seven years and I feel very blessed. I feel great.”

Do You Believe in Magic? I Do.

Video: How to Boost Social Support When You're Living With Cancer

When Someone You Love Has Cancer: 9 Practical Tips + Insights

How to Stop Cancer From Hurting You Psychologically